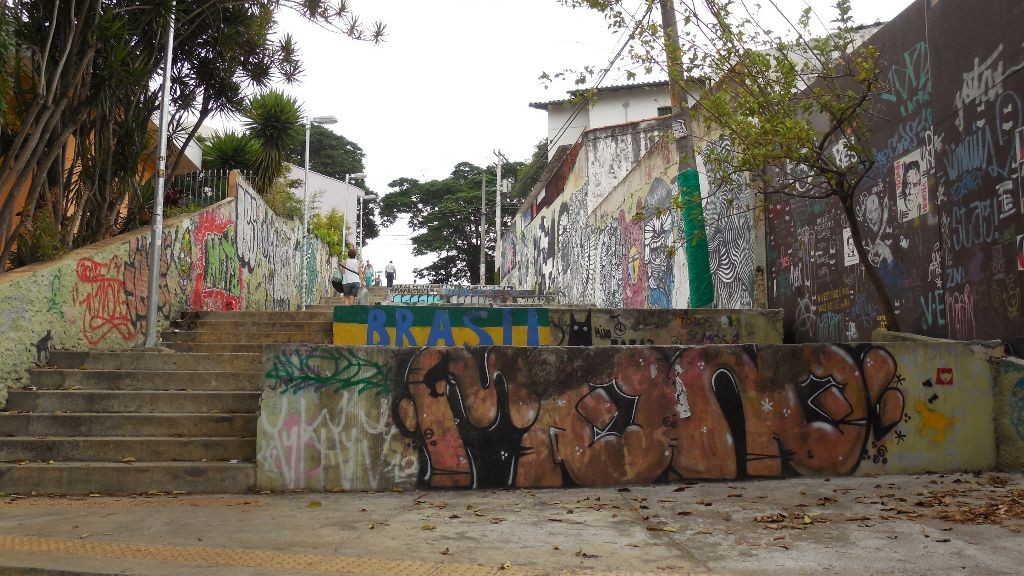 Finally in the land of my dreams again! Brazil! I landed in Sao Paulo after a tiresome trip from San José via Miami to Sao Paulo. And U.S. is always the worst part. Paranoia at the airport haha. But I arrived! And since I am keen on learning the language I forced my self to only talk Portuguese with the Taxi Driver. It went pretty well. He could understand me, even though I couldn’t understand half of what he replied. However the words “Sim (=yes)” en “Entendo(=I understand)” help out a lot in such a conversation. Hahaha.

I arrived at the Hostel in the Vila Madalena neighborhood and it was really a beautiful one. It had a 9.4 rating on TripAdvisor and justly. Clean, designed and a really good atmosphere. When I tried to search online for nice things to do in Sao Paulo, a lot of these things were in the same neighborhood as the hostel. It’s an artsy neighborhood with nice art galleries, arts & crafts shops, and bookstores and with great nightlife in its restaurants, corner bars, and botecos (small bar/restaurants). And art is spread all around the hood escpecially in Beco do Batman:

The first night I got invited to a BBQ that some of the guys at the hostel organized. It was funny! Even with a jet leg. Another guy liked to play the guitar and sing, so we had like live background music the whole evening. Nice! The hostesses are also really helpful. They even helped me with the arrangement of…. drumroll… my Rio Carnival Parade. It looks like I am going to attend! This will be my outfit: 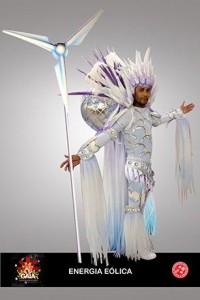 I will walk along with the Salgueiro samba school, which has an all-time rank of 5. I will start at 1:20 am in sector 6 together with 99 others in the same outfit. Imagine 100 of these outfits parading along at the Sambadrome, and one of them is me. LOL. I can’t wait. But then a little panic started to kick in when I suddenly realized: I have never danced the Samba!!! Hahaha. We’ll see. First I have to learn the lyrics to the song of the samba school.

Even though it’s almost arranged, I can’t withhold the hardships I had to bear to just do a simple payment to the Brazilian bank account of the Samba school. I went to bank A. There they told me I can’t do a deposit with my card so I have to withdraw cash at bank B. After waiting for decades at bank B, they told me their bank doesn’t deal with European cards. They sent me to bank C in the city centre. I almost went there but luckily one of the hostesses directed me to a nearby ATM. There I could finally withdraw the cash. Jeej! I went back to bank A to do the deposit and now they told me that they can’t do the deposit, because the bank account of the samba school is a bank account of another bank D. And there I went to bank D, where I finally got to do my deposit. Almost 3 hours later. Hahaha. But then again who cares, I’m going!!