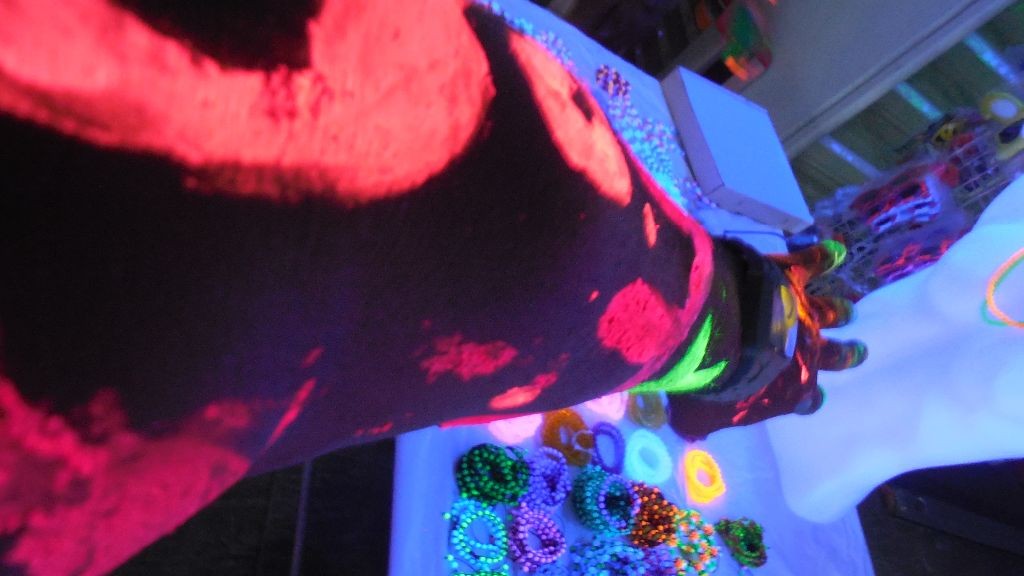 The Full Moon Party, a once in a lifetime experience they say. Every month during full moon it is held at the beach of Haad Rin on the Thai island Koh Phangan. The trip from Singapore to Koh Phangan was exhausting. At 22:10 I flew from Singapore to the old Bangkok International Airport “Don Mueang”. I arrived at 23:25, but my next flight would departure the next day at 6:50. I waited for hours and slept maybe two. The plane I took at 6:50 arrived at Nakhon Si Thammarat Airport at 8:00 in the south of Thailand. From there I had to take a two and an half hour bus ride up to the Donsak Pier. Arriving at the Donsak Pier at 10:30 I had to wait for another two and an half hours for the ferry to Koh Phangan. There was a long line to get on to the very. I was already exhausted, waiting with my backpack in the hot, fiercely shining sun. I got on the ferry at 13:00. I was so tired I couldn’t even get any sleep on the ferry. Then I finally arrived at Haad Rin,  Koh Phangan Island at 15:00. From the pier I took a little bus to the center. I was dropped of in the middle of a road, which should be near to my hostel. I walked around for half an hour to ask people for directions, but nobody seemed to know the hostel. I sat down at this cafe where a man and two women, one of which worked there, had a lively conversation. I asked them about the hostel. They also didn’t know it, however the man offered to call the hostel. They were coming to pick me up, he said after he hung up the phone. Thank God! Haha. A woman on a scooter arrived shortly. The reason no one knew about the hostel, was because it was a really new hostel. However it was just behind the main street where we were. I could finally lay down in bed and take some rest. That is what a normal person would do after such a Spartan trip. Guess I’m not that normal ;-) Hahaha. Instead of going to sleep, I put my stuff in the hostel, rented a scooter and toured the island. #crazy!

I didn’t notice anything of the restlessness in the country, but then again the curfew for Koh Phangan and the rest of the touristic spots had been lifted already. It was the 11th and I thought the Full Moon party was going to be on the 13th so I had some time to take rest. But noooo!!! The party was scheduled for the 12th the next day!! Guess I hadn’t been looking at the right agenda. I ate shark that night. Just because it was possible Hahaha. Then went to sleep. The next day, still feeling a bit exhausted, everyone was getting ready for the Full Moon party. There was a muggy atmosphere on the island. Across the whole island you could buy the famous buckets. A bucket filled with little bottles of strong liquor, soda and red bull, which you have to mix your self. I met a group of people at the hostel and we naturally formed a group to hang out at the Full Moon party. Three guys from Dubai, a girl and a Chinese Guy from England, called Lilian and Alan and another guy from England called Peter. At the streets we bought some UV color body paint. This special paint glows brightly under blacklight and UV light. We painted our own and each others bodies with all sorts of creative figures that came to mind. Besides the normal buckets there were also the Giant buckets, which were just the size of buckets people use to put the mop in for cleaning their house. The Egyptian guy from Dubai lost a bet and had to go for the big bucket. I decided to join him. Why? Because it was possible ;-). The big bucket contained a bottle of vodka, a bottle of sprite, 8 energy drinks and a lot of ice cubes. These were accompanied by a pack of long straws. I mixed it all up and put the straws in the brewage. The giant buckets drew a lot of attention. People pointed at them, spontaneously came up to us to take a zip from one of the straws, people taking pictures with us. It was just straight up silly. We joked about drinking the whole bucket. Of course we weren’t gonna drink it all, it was just for fun. After only a few minutes sand from the beach and paint from your body gets in to the bucket, so we quickly abandoned them. The party was amazing! Loud music, beach, fire, happy, crazy people, UV body paint. The whole scene was like a dream. However I cut my too on some glass at the beach. Nothing serious really, but luckily an English guy and his wife helped me to put some bandage on it. The next evening I went to eat something. I had to get my ferry that night. In the restaurant I met James and James from England as well. They were funny. We had a good click, talked about our travels and bet on a song that was playing in the restaurant. Was it the Spice Girls or not? Me and James lost to James. Lol! We ended up singing along to the song, all three of us! Hahaha. Crazy! Holand was plaing its’ first World Cup match against Spain. I checked the current match status. 1-0 for Spain. “Hmm is the Netherlands going to loose their first match”, I thought. and then I checked out at the Hostel. It was night time and I took a motorcycle taxi to the Thong Sala Pier where my ferry would departure. But before that I decided to go to a small hospital to have my too checked. Nothing serious luckily. Only some dead skin. I had to have it checked daily at the hospital. While sitting at the back of the motorcycle going up and down hill in the night past some astonishing scenery I realized, that I haven’t even looked up to see the Full Moon during the party. However I guess it is safe to assume it was there :-) Lol! Hahaha.