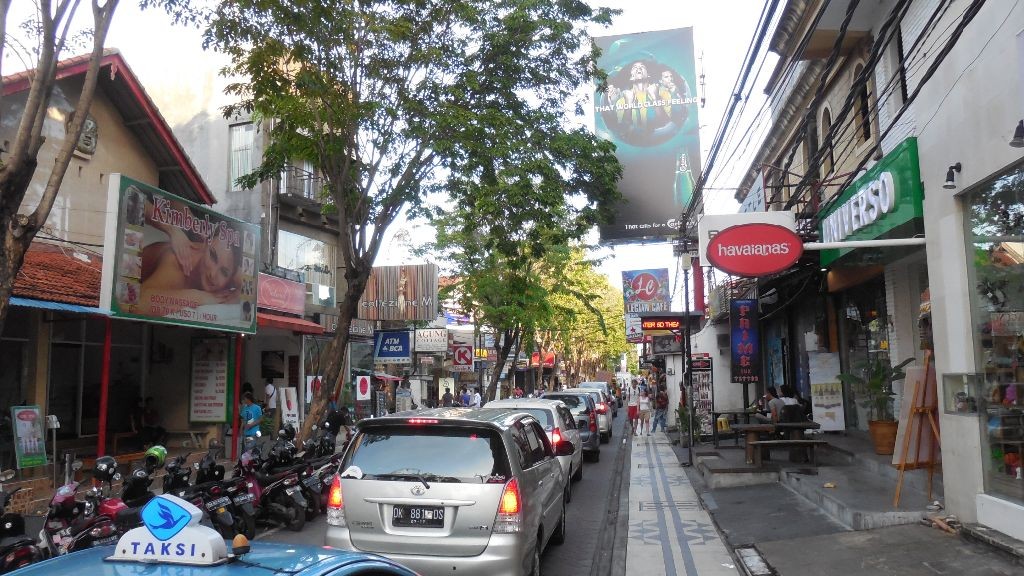 My trip from India to Indonesia did not go without its setbacks. I developed a habit of not printing out my flight tickets. I only write down the flight number and Ho(s)tel address on a piece of paper. This worked for me pretty well, so far. I booked two separate flights. One from Kochi to Kuala Lumpur and the other one from Kuala Lumpur to Bali. However when I arrived at Kuala Lumpur, at the immigration desk they asked me some of the usual questions to see if I was not going to do any funny stuff in their country. “Are you here for business or holiday sir?” “Holiday” “How many days are you going to stay” “Eh, this is a transit, I have a next flight in a few hours” “Can I see the ticket for your next flight?” “Euh, I have this piece of paper with the flight number, but I still have to print it out…” and boom, I was crowned a suspicious person, within these couple of seconds. Hahaha. They were somewhat sceptic about my story. I had to go to a small office to get a stamp. There I explained my story and they sent me to another desk. After being sent from pillar to post for almost an hour I finally got the girls at one of the desks to print my ticket. Pfffieeuw! I was off, but I will be back though.

Like I told before every country has it’s energy and when I arrived in Bali, Indonesia it felt like a sweet welcome embrace. The sun was shining fiercely and the mixed smell of incense, burning compost and delicious food caressed my nostrils. I loved the smell! The streets were decorated with penjors, tall, curved bamboo poles decorated with coconut leaves with an offering at the base. This was because of the Galungan celebrations which are held every six months. The penjors symbolize the battle between good and evil, which is won by good of course. Also every day people put offerings, called Canang Sari’s in front of their doors. Nicely small tray made out of young coconut leaves and decorated with colorful orange and pink flowers. There were many stores with a lot of Absolut Vodka bottles displayed, but later I found out that actually these bottles contained petroleum for your scooter. I was already thinking why this vodka had a brownish color Hahaha.

The taxi took me to Kuta. The overly touristic party district of Bali. Sun, sea, beaches and banging dance music pumping out of the speakers. I would spend my weekend here and then head over to the more authentic and culture rich Ubud to see the “Real” Bali.

The first thing I did when I arrived at the hotel is go for the local food! I ended up in this back alley market and ordered a Bakmie Goreng (Balinese Stir Fired Noodles). The waitress asked me if I wanted it not so spicey, a bit spicy or spicy. I said: “A lot of spicy, I like spicy!!” You can play this joke in the Netherlands, but saying that here in Bali is like signing your death certificate. She smiled and after a few minutes brought me my order. I took the first bite and immediately I chocked, my lips burned, my throat was full of fire, tears coming out of my eyes and sweat dripping down my head. Clearly aware of my struggle the waitress asked from the behind counter: “Too spicy sir?” I refused to give in, so I answered with all the little bit of voice I had still left in me: “No, I like it like this! Spicy..” I took the challenge and ate the whole plate. Hahaha.

I noticed that the portions they serve here are relatively small, sometimes leaving you still a bit hungry after dinner. Also the food is not steaming hot when served, but rather lukewarm. And I really had to get used to eating with a spoon and fork, instead of a knife and fork. However with rice on the menu it was pretty practical.  You also really stand out here. There are hardly any other black people on Bali.

Legion street was where it all happened. This was the main street of Kuta. It also houses all the clubs. Sky Garden, with it’s three story building being one of the most famous. As an extension of Kuta you have the Seminyak area. A neighbourhood with also a lot going on. At one time I was in one of the clubs at Legion street and saw a little man in the corner with a whole entourage of people, looking and acting like Mr. Chow from the Hangover movie. He was jumping on the couches, slapping people on the buttocks and just going berzerk. I got in a conversation with him and found out he was the owner of the place. Shortly after that he pushed the mic in my hand to mc. I hosted the party for a few minutes hyping the crowd. It was fun!! Hahaha

Kuta was fun, but it has nothing to do with Bali. So I went for Ubud. On my last day in Kuta I decided to go for some crab, which I haven’t eaten for years, but when I walked out of the hotel alley on to the main street two people on a scooter crashed in to a row of scooters just two meters left from me. I was like really!!?? Luckily no one got hurt, but it looked like an action flick. I only had to dive to make the scene more powerful Hahaha The crab was ok, even though it had barely any meat on it. It had some nostalgic feel about it. Hahaha