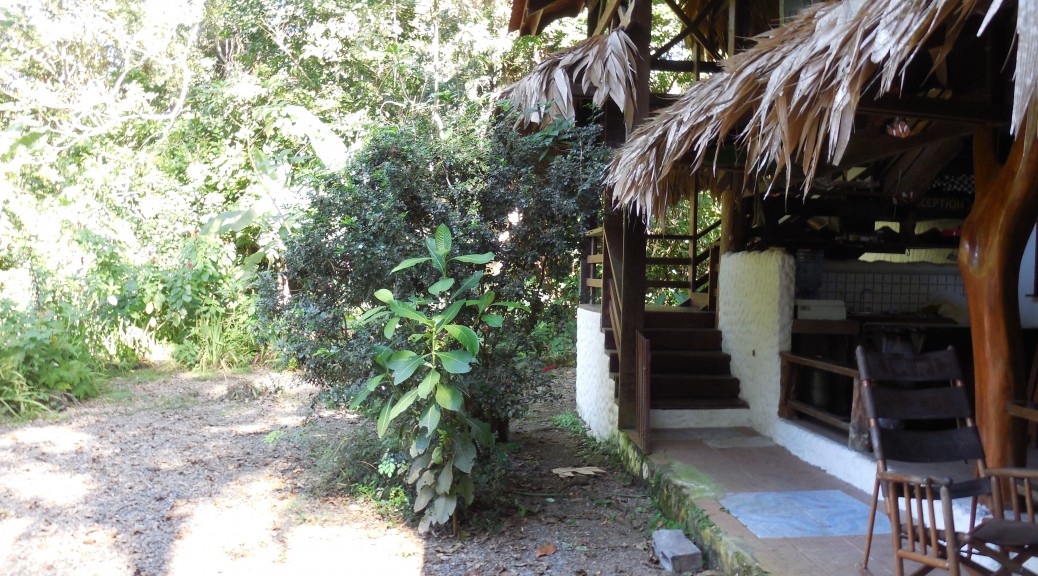 Pura Vida! Pura Vida! That’s how every one in Costa Rica says goodbye. It has many meanings. But basically it means pure life. And if you Google it you find out it has a whole history behind it. 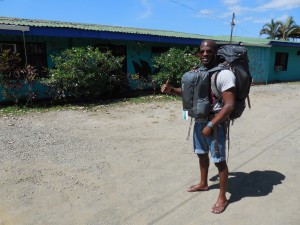 Yesterday I left Manuel Antonio to head for Puerto Viejo on the Carribean side of Costa Rica. Out of all weekends to visit Puerto Viejo I picked the one with the Costa Rica National surf competition. The city is crowded and there are nearly any vacant Hostels. And I don’t even like surfing! So I ended up in a guesthouse no one has ever heard of. Even later on a taxi driver would tell me I was the first person he ever brought there. I arrived in Puerto Viejo after a 9 hour bus trip with connection in San José. I sat on the bus with a guy from Switzerland. He talked Swiss German. And the crazy thing is that I could understand it and on the other hand he could understand me when I talked dutch. These languages are sooo similar. I didn’t know that! So we talked the whole trip, astonished by the fact we could understand each other. haha I arrived in Puerto Viejo late in the evening.

The owner picked me up with a little white van. On the phone he told me: “I’m the guy with the mustache in a little white van.” I told him: “I’m the black guy with the glasses and the backpack.” LOL We arrived at the spot. A huge house surrounded by only green jungle, barking dogs, and the sound of crickets. He told me the cabin was really in the middle of nature. Surrounded by sloths, monkeys and off course insects. For your information a few days ago I saw a bird landing on a wall. When I looked closer it actually was a cricket.  And later on I heard that my cabin was near to a banana tree. So I was sleeping close to many banana tree spiders. The owner told me that later, when I left. But to continue my story. the owner’s name was Sasha. He was a relaxed, short, dreadlocked, Italian guy with a mustache who moved from Italy to Costa Rica and bought the cabins like three years ago. He introduced me to his father Flavio and then escorted me to my cabin. When I was escorted to my cabin we walked past a room where I noticed a heavily pregnant woman laying on a bed puffing and sweating, with here belly out and a fan blowing. Probably Sasha’s woman? The cabin looked really nice, but there were spiderwebs everywhere. I did not sleep to well. Woke up a few times from sounds in the trees. These were actually fruits falling down from the trees, while I constantly thought it was some kind of animal. I could not catch any sleep at all. 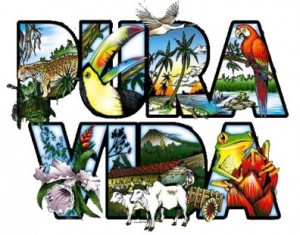 This morning I went down stairs an saw Flavio, Sasha’s father, with a great grin on his face. The baby was born! “I just became a grandpa”, he smiled. And guess what they named the boy…. ? Francesco!! Wow! However Sasha didn’t admit he named him after me hahaha. He just came up with the name that day he told me. What a coincidence ;)