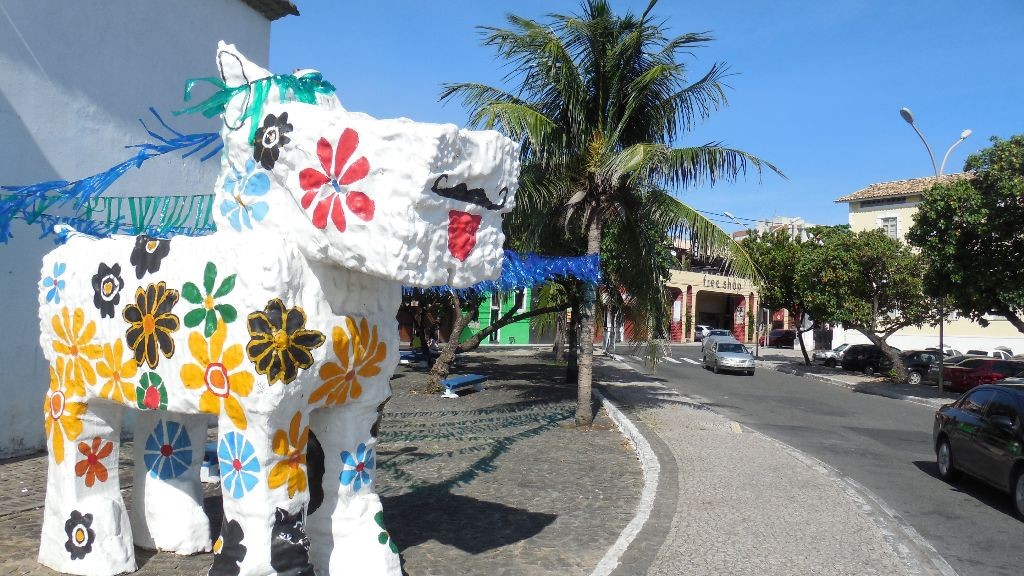 I had heard that traveling around in Brazil is hard. Especially for a foreigner. I got used to traveling around in the bus, going to the bus companies, being the only gringo in the bus etc. etc. But domestic flights in Brazil is a whole other league! I wanted to fly from Rio to Salvador on the sixth of March. One day before I booked a flight on the internet. It went really easy and everything seemed fine. But when logged on again to my account, there was no booking and I also did not get any confirmation email. I decided to call the airline company. My portuguese was not at a level to explain the airplane company my problem, so I asked the guy from the hostel to assist me. After half an hour on the phone, their answer was: “Try it again, but do it before 23:45 because then the system goes down”. I tried several times, but got the same error message over and over. ERROR: Double booking, while there was no booking at all. Finally we managed to do the booking by telephone with another employee. I even got a credit card sms alert, that my creditcard had been charged. I had a plane at 13:30 the next day. Jeej!

It was my last night in Rio, so I did what you do in the cidade maravilhosa… party! We came back at the hostel a bit early. I went to sleep and decided I didn’t need to set my alarm, because my plane was leaving 13:30 and I mostly wake up way before that.

The next day I woke up at 13:38. Damn!! Missed my flight!! :( We called the airline company to tell them I missed my flight and they replied that there wasn’t even a booking on my name at 13:30. Really!?? I decided to just pack my stuff and go to the airport myself. No ticket, no place to sleep and all my valuable stuff with me. Normally one has to worry a bit, but the feeling of adventure took the overhand. Luckily I could take a flight at 20:00 which would have me waiting for only 3 hours or so. I even negotiated a better price. :-)

I arrived in Salvador, the first colonial capital of Brazil, the center of Afro-Brazilian culture, notable for it’s music, cuisine and architecture. The hostel I stayed in was beautiful designed and again had a swimming pool. This time the pool was even on the roof where you can watch the beautiful Salvador sunset. By the way my iPhone got pick pocketed. I could laugh it away, because I had such a good time in Brazil and I kind of expected it to happen at one time, but it is still a huge loss. I used it on my trip a lot. Whatsapp, offline GPS maps, Panorama pictures, Duolingo, working on the blog etc. Boehoe!

Reporting the incident at the police station in Bahia is a whole other thing. I arrived there in a small room, with two counters. They only spoke Portuguese. The policeman behind the counter looked like Sylvester Stallone and there was even a police dog laying in front of the porch. It looked so put in scene that I couldn’t help thinking this was like a fake, setup prank and that they would give me my phone back, saying: “You just got pranked!” and laugh it off. Unfortunately this was real. Above me hung a tv showing a Disney movie which had just started. The policeman asked me a question, I answered, he went on typing on his computer for about ten minutes, then asked me another question, I didn’t understand, he explained with his hands, I understood, I answered, and again he went on typing for another ten minutes and so on. Every time he was typing I couldn’t help watching at this movie. It was “Bolt”, the animation with the dog, but then in Portuguese. The whole process took so long, that I almost watched the complete film Hahaha Lol

I went to the Pelourinho the historic centre. A Portuguese teacher I met in the bus, showed me around for a bit. I ate the typical Bahian dish Acarajé en Beijo. Acarajé is like a Bara but they put unpeeled shrimp in it, which you eat as a whole. That was the part I didn’t like. I saw another guy, who ordered the same, just chew on the unpeeled shrimp. I mean head, tail, legs everything!!! Beijo was eatable, but also not top of the list. I did like Fogo de Chão rated as one of the best churrascaria of Bahia. But a Culinairy capital?… no. I couldn’t see it. I did learn something about Caipharina’s though. Here I learned that there are a lot of variations to Caipharina. You have got Caipharina with Cacha, Pineaplle or Kiwi instead of Lemon. And even Caipharina with vodka instead of the typical cachaca rum: Caipiroska. Wow!

I know the personal space of Brazilians is a lot smaller then we are used to, but I really noticed it when standing in line here in Brazil. I see a person waiting at a kiosk to buy a coconut juice. I get in line behind that person. Suddenly another person just slips right in between me and the person in front of me. When I say something about it they look surprised. At first I didn’t know what was going on here. But then I figured that for them I was standing so far from the person in front of me, that I wasn’t even in the line. They littery almost touch the person before them when they wait in line. So now I’m adjusted Hahaha

On my way back I had to take the bus. At the bus station. There I saw a real sad sight. Dozens of people where waiting for the bus and on the bench of the busstop sat a neglected, skin and bone, naked man, clearly intoxicated by some substance and nobody, really nobody paid any attention. Unbelievalbe! May be these encounters colored my opinion of the city you either love or hate. I have mixed feelings. On the one hand the people here are really friendly, it is said to be the culinary capital, the historic centre and everyone says there is a lot to do. On the other hand there is a lot of poverty, I couldn’t find the culinary part and if I ask around what are the best things to do, people don’t seem to know really. So I think I go with the latter one. Yeah, sorry, I don’t find everything great, amazing, fantastic or awesome LOL! Hahaha.