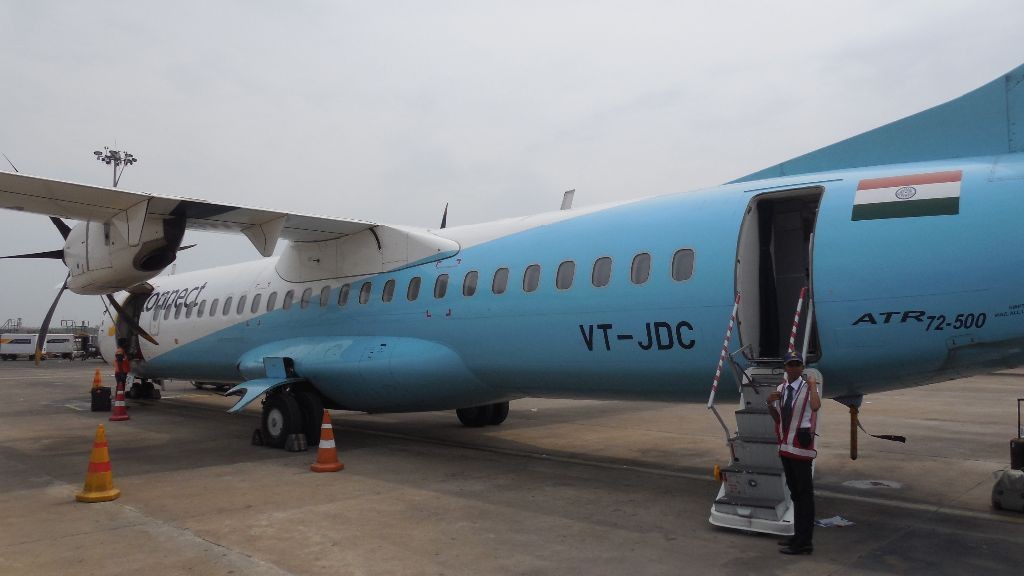 Before my silent I met a lot of beautiful people with warm energy. On of them was a retired Indian couple who were staying there for a year. The woman put her thumbs up each time we met at the afternoon yoga class, by means of asking if I was still hanging on. After my silent, we finally got to talk again. We were sitting at the table eating dinner. The man has a habit of not talking during dinner. She told me that. But when his wife left the table to wash her plate he suddenly bowed towards me and said: “You are a happy and content man. Stay that way. Don’t let anyone steal your happiness” And then he sat back again, focusing on his dinner like nothing happened. Wow!

During my silent new people checked in at the Ashram. Some wanted to start a conversation with me, but I had to make a hand gesture of zipping my lips together to show them I was in silent. So after my silent I had a lot of long conversations with a lot of people. Guess I had to catch up with not talking for days ;-) Through my final talk with the Swami. I found out I was the first newbee person to do a first silent retreat of seven days at this Ashram. I gave myself a pad on the back for that!! ;-) Hahaha.

The Ashram also had a science lab attached to it. After the silent retreat they measured my brainwaves during meditation which was real fun to see.

I was full of energy and did a lot of things. I went to Vashishta Guhe. A cave alongside the Ganges, which is famous for being a place for great meditation. So guess what I did there? Haha. I also went to the Ashram library to see 300 year old manuscripts written on palm leaves. Some even go back 600 years. I also went to a Ganga Aarti. Every evening, people gather at Parmarth Niketan Ashram (in the Swag Ashram area) to experience the Ganga Aarti, worship of fire. The driver dropped me off and I had to walk over a bridge and through crowds, streets and alleys to find the Aarti. There it was… hundreds of people singing along side a fire at the side of the Ganges, while the sun was setting. A moment to never forget. I even washed my hands in the Ganges. At the end, hundreds of lights are set on the water to drift downstream which is a marvelous sight!

I was lucky to find my way back to the driver. On our way back to the Ashram between the Indian songs, which were probably his private music collection, I suddenly heard: “Hold up, wait a minute let me get some *&#(@@ up in it!” It was a famous Hip Hop track by Dr. Dre called Kush. This driver surprised me! Hahaha. I reacted with excitement! But he reacted a bit ashamed. He quickly switched the song to your typical Hindi music, like I found out about his secret identity haha. This was probably his playlist he played when he was all by himself. ;-) Hahaha.

My days at the Ashram came to an end. I left by taxi, which would pick me up at the Ashram at 4 am midnight. I took my backpack and moved to the reception, which was still closed. There was raining and there was a heavy storm going on. I saw some headlights on the hill in the distance. My taxi! We started driving. The streets where still completely empty. A stark contrast to cacophony of claxons and masses at day time. In the taxi I quickly did my mental routine, to make sure I had everything. These thoughts were running through my head, while at the same time I was having the usual conversation with the driver: Do I have my passport, train ticket with me?… “I’m from the Netherlands”… Do I know the address of my next sleeping place?… “Yeah it’s really a beautiful city”…. do I have my iPad and MacBook with me?… “Yeah Ruud Gullit and Van Basten haha”… My creditcard, bankcards?… “Amsterdam, is nice yeah!”…. Check! I have everything!

Before the driver dropped me off at the train station I would go and visit Har Ki Pauri, a famous ghat on the banks of the Ganges in Haridwar. The storm was still going on heavily. We drove in to a police roadblock. After a fierce argument between my driver and the police we turned around and the driver was cursing in himself. I asked him what was wrong. The police wanted people to pay large sums of money, to pass the roadblock. Like hmmm, that’s also India. We took the long road however. The driver waited for me, while I tried to find my way through the storm, which had turned in to a sand storm at this point. I almost couldn’t see straight, passing the bridge all the way to Har Ki Pauri. The sun was slowly rising and the light of day was making its entrance. I got a “washing of luck” by a guy in white clothing pouring Ganga water over my head. I had a long hourly trip ahead, all the way to Kochi, with this water on my body in which people do there needs and dead bodies are burned. Eeiiieuw!! But they say it’s sacred, so I will be fine… I guess. Haha

The driver dropped me off at the train station in Haridwar. I took the train back to New Delhi, with the dried up Ganga water still on my head, and from there on, I would take a plane to Kochi in the South. The train was an experience! The beautiful landscapes that pass you by reaaaalllyyy sloooowwwlllyyy!! Nice! I wanted to go to the south of India because it is said that the south is completely different from the north. It has even been said that it is nicer and more sophisticated. Hmmm. I was curious!

I arrived in Kochi and…. Wow! Like I was in another country. Clean, asphalted streets, billboards, palm trees, no crowdyness and men in sarongs. I almost thought I was already in Indonesia. And to be honest… the people here are way more nicer than the North (apart from Rishikesh of course ;-))! People just approach you for a talk and kids in the streets give you high five. I stayed in a homestay of a friendly family. I was directly invited to the table of another family who were staying there as guests. We had a fun chat about the upcoming World Cup, Surinam and Indian food. It was good fun. After that I went to bed early, because of all the travelling I had only slept 6 hours total in a period of two days.

The next day, after I slept for more than 16 hours straight, I went to see the famous Chinese fisher nets along the coast. I even helped with pulling one up. You need like six people to pull one up. They sell the fish alongside the boulevard. They even sold shark they had just catched, like wow! And then… then suddenly…. it was time to leave India….   Incredible India!