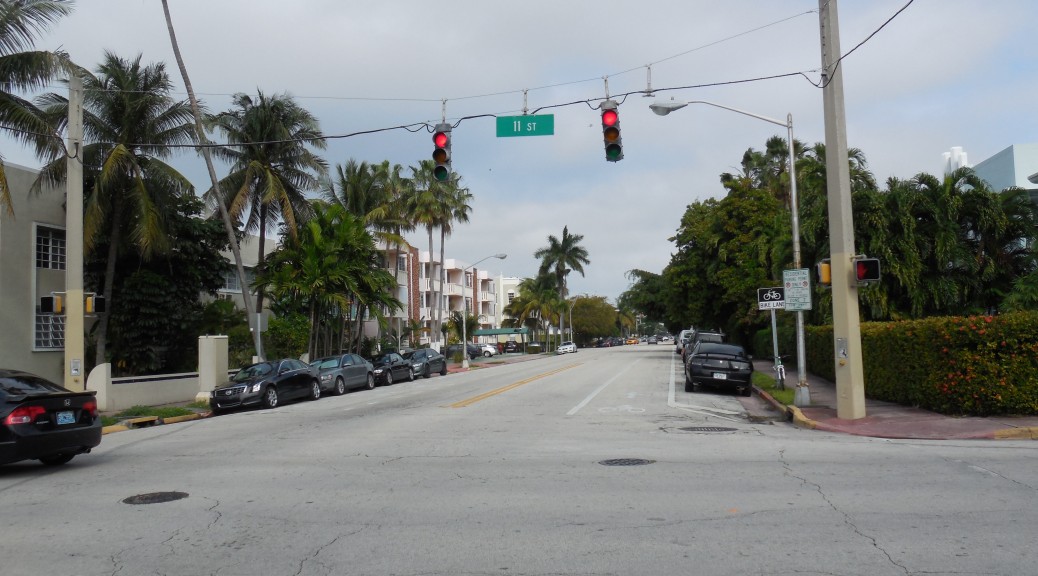 Yesterday we went out Miami style. I’m in the M.I.A. so why wouldn’t I? The day started out pretty healthy. I went out in the park with two fellas I met @ the hostel and did a miniature ghetto workout. But…  really miniature though Lol XD. I also visited the Miami Ink. tattoo studio @ 1360 Washington Avenue, which is really called Love Hate tattoo studio. After strolling around Miami beach for a while went to the Hostel to take a nap, because I was tired, but some of the peeps I met earlier were planning on going out and they asked me to come join them. Like I could say no ;) Eventually we ended up being picked up by a white limo, got dropped off @ a bar to have some drinks freely and after that crushed into this club called “The Story” and what a story it was! Really enjoyed it!